A cheaper way to travel to the London 2012 Olympics

We all know that prices rise during important events -- conventions, trade shows, concerts coming to town -- and the 2012 Olympic Games in London are no exception. The problem is that London is already expensive in its own right. Factor in the exchange rate (the GBP is almost double the U.S. and Canadian dollar) and hotel costs that have tripled for the Olympic season, and you've got one expensive holiday on your hands. What to do? Cancel your trip? Sell your soul to VISA and go into debt for your Olympic dreams? 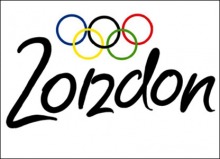 Nah. There's always a way to beat the system, even during peak travel seasons. The same goes for the 2012 Olympics. This tip comes from a friend of mine from across the pond.

Budget travelers know that the further away you get from the city, the cheaper the accommodations. Getting to the tourist attractions just means navigating the public transportation system. So let's look at one of the best ways to get to the Olympic Games without going broke.

About 25 miles outside of London in the county of Kent is a new development -- quite literally, a brand new town -- called Ebbsfleet. What's there? At first glance it would seem that there's not a whole lot.  Maybe some residences, a few pubs and a soccer team. But there are lots of cheap hotels and even several tourist attractions. But why am I really recommending Ebbsfleet? Why not some other London suburb? Why is Ebbsfleet so important to your Olympic vacation?

Because Ebbsfleet has this: 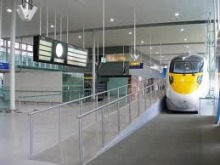 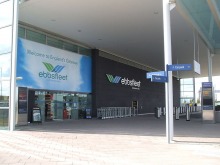 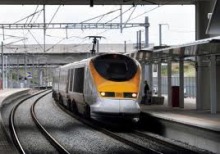 Ebbsfleet International was built in 2007, which makes it brand spanking new as far as European railways are concerned. The Ebbsfleet station has high-speed domestic trains that will get you to Olympic Park in under 20 minutes. All you have to do is take the train from Ebbsfleet to Stratford International Station and you'll be within walking distance of the Olympic Park in Stratford City. Or you can go from Ebbsfleet to the St. Pancras Station and you'll be in London proper -- and don't forget that St. Pancras has direct connects to Heathrow and ​Gatwick. Catching your flight home just got easier, didn't it?

What's more? The Ebbsfleet station has a park and ride and greeters to help you figure out where to go. And what if you feel like skipping the Olympic events for a day? Not a problem. You can hop a Eurostar directly from Ebbsfleet and be in Paris (or Amsterdam or Geneva) in a couple of hours. Just remember that trains from Europe don't go directly to Olympic Park in Stratford, so make sure your return ticket is to Ebbsfleet station. That way you'll avoid speeding by Olympic events.

You can book your tickets to and from Ebbsfleet International here. Their website also has information about car rentals, bus lines and tons of things to do in the area.

Just knowing you're traveling smarter will put a smile on your face. Your checking account will thank you.


Host your own Olympics